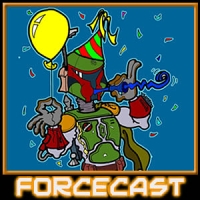 It's Boba Fest here at the ForceCast with this Special Report from Chicago Comic Con 2009 featuring exclusive interviews with both Bobas: Daniel Logan and Jeremy Bulloch. Listen in as Daniel recalls his time spent on the set of Episode II and comments on the Clone Wars animated series and the latest live action TV show rumors. The elder Fett Jeremy Bulloch steps in to talk Boba Fett collecting, fans, and stories from the set. All that and a whole lot more as The ForceCast leaves no fan behind with Boba Fest!